Who we are and what we do:

The Bump City Band is a four piece powerhouse that plays floor filling hits that EVERYONE can danve to. This band is guaranteed to get the dance floor pumping! We are made up of musicians from around the U.S. and Canada whose main focus is to perform quality music that people can dance to. We are a five piece ensemble with a very simple philosophy. Use high energy music from the 1960s, 70s, 80s, 90s, 2000’s and today to get people involved in the experience of the party. We transport our crowd back to a simpler time and convert them into participants instead of spectators. The onstage energy of The Bump City Band ignites any event or gig and becomes a shared experience for all. Our show can excite any audience and is guaranteed to keep them on the dance floor all night long!

Although the end result is a lot of fun, we take our jobs very seriously to insure the success of every event, festival or gig. We’re proud of our reputation of being flexible and easy to work with. In fact clients enjoy working with The Bump City Band so much, most of our work is repeat business. From Jindo to Seoul look no further than The Bump City Band.

Jason Trepanier – Jason is a singer, songwriter and multi-instrumentalist who originates from Canada. He was encouraged from a young age to develop his talent since his family is also musically proficient. Jason has been playing music and performing live since he was a teenager.  He was previously the front-man for bands located in Pohang and Daegu, South Korea. His musical influences include John Mayer, Jason Mraz, Sara Bareilles, The Beatles, The Foo Fighters, Jack Johnson, and Tom Petty. Jason’s clean, convincing guitar tone, kinetic keyboard skills, and vivacious vocals are certainly something you’ll be begging for more of after every song. His Theater background helps him command any audience and give a memorable performance to crowds big or small.

Jude Falcon – Jude emerges from “The Birthplace of Jazz”, New Orleans, and has been slaying the skins for over twenty years. His biggest influences are John Bonham, Taylor Hawkins, Clem Burke, Ian Pace, Phil Collins, and Roger Taylor. Before Jude became the backbone of Bump City he was a member of Johnny 5, Sonic Boom, The Show, and The Pack-Rats. With his deep pocket, tasty technique, hard hitting,  and funky dynamic rhythms you are certain to see some dance moves come out of the crowd. 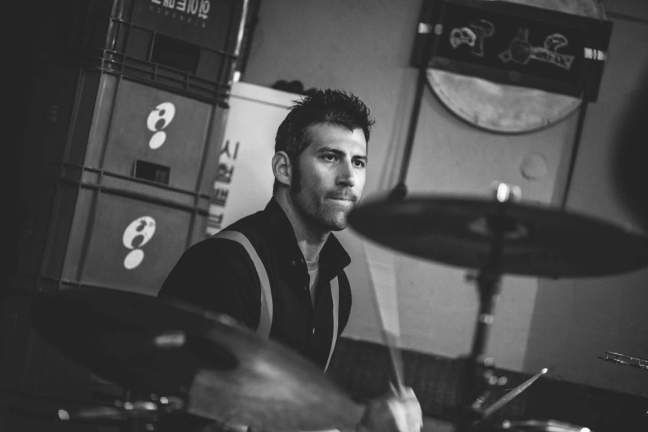 James Greig- James is from Toronto, Canada and has been thumping the bass for decades. His interest in music is lifelong and his participation in it began in the 90’s with a few short lived and sporadic indie rock ventures. After coming to the R.O.K. his musical ventures exploded which is what landed him the gig in Bump City. His influences vary from John Paul Jones, Steve Harris, Peter Hook, Jah Wobble, Ron Carter, and Adam Yauch who have all inspired and fed his love for the bass. His sweet low end tone and in time playing allows everyone else to sound great around a centered groove machine such as himself. James brings order to the funk universe so that band mates and audience members can feel comfortable losing themselves in the moment. His fat bottom end and in time musicianship is one of the many reasons the dance floor is never empty. 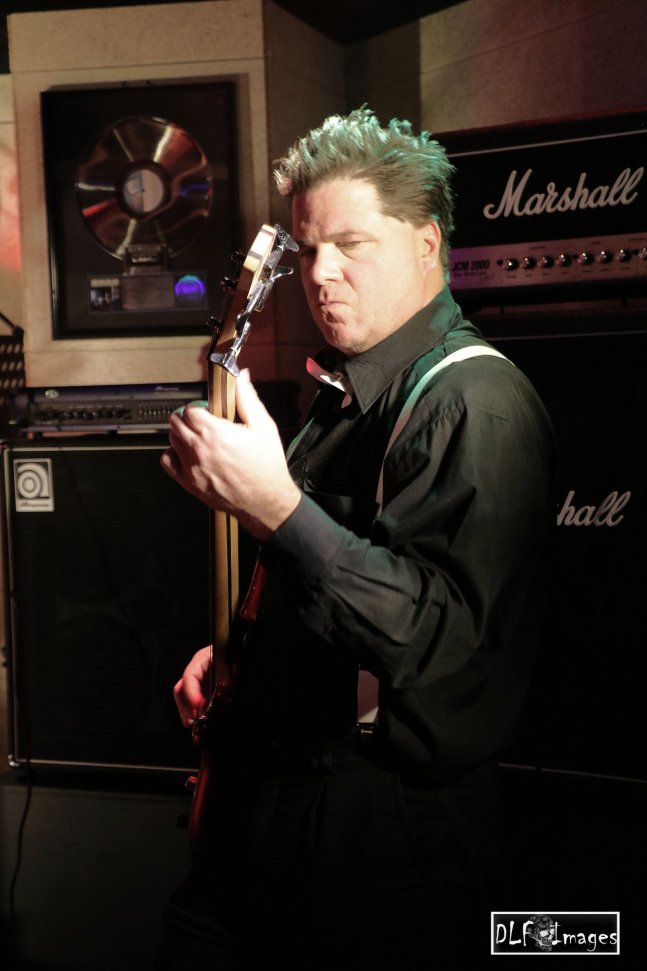 Karl Mischler – Karl grew up in Winesburg, Ohio and upon hearing his first Led Zeppelin song spun by his older sister on a turn table his destiny was cast upon him which was, to MASTER the electric guitar. The distinct sound of heavy punching guitar riffs would alter Karl’s existence on this earth from that day forward. From then until now his passion is the art and craft of the expertly played electric guitar and has continually dedicated all of his power and energy toward mastering the secrets hidden within the instrument.  Karl is always trying to unlock the secret and mastery that exists within a well crafted improvised  guitar solo that sears the soul and cries to the heavens showing both defiance and deference.  His myriads of musical endeavors include the study and grasping of every possible scale, chord, riff, and hot lick ever performed. With Karl’s unique sense of Swiss-American rhythm and styling you are certain to be impressed by his amazing talents whenever he strums one of the many beautiful guitars that he owns at the next Bump City gig.

“The Bump City Band has been performing  for Good Times R.O.K. as the main band at our events for almost 6 years now. They are a band that brings the crowd to their feet and can adjust at anytime their style of music to match what the crowd is looking for. The band has performed at numerous events and they are a steady crowd favorite. Anyone that has them performing at an event or bar will not be disappointed in their performance. A great band that are very professional and that has a passion for they are doing !”